Drums, bass and guitar…these elementary building blocks are what Canning employs to articulate a distinctive voice as a whole.  From simple aspirations at the beginning…to the ability to fortify a reality, there’s a depth and reflection found within the chosen notes as time progresses forward.  Between the intervals, an understanding of space develops that plays into an emotional grasp that can only be described as life.  The following recognized moments touch upon the origins wherein unique individual musical foundations began, thus flowing through the recent now and eventually reaching into the beyond…

When he was five, Fritz’s father set up an old worn RadioShack stereo in the work area of the garage.  In the living room, there was also another stereo device which was not to be touched by any prying hands.  Therefore, the garage was soon to become the room in which Fritz would spend most of his time.  After some Sesame Street and Disney records, the goods finally arrived - ‘The Magical Mystery Tour’.  Forging deep within his ears was a music that was simply beyond compare…the notes had a special sound to them.  Now, as with every recording he has listened to since and leading up to this present day, Fritz approaches listening rather openly for the possibility of a new kind of sound or sense of feeling.  Having learned vastly from that original experience, he claims…’That's gold for my ears.’

Once peaking the top-forty countdown, ‘I Love Rock ‘n Roll’ was a number one radio hit for what seemed like years to Tom.  Every Sunday afternoon, his family would wake up and listen to the countdown in its entirety, but when that song came on he felt like Ralphie opening up the much-anticipated package containing the decoder ring. Undoubtedly saying, he was now hooked on the anticipation and raw thunder of a riff and a rock beat!  Starting to bang on a friend's drum set at an early age, Tom would achieve some success at playing the straightforward and pure unembellished drumbeat that drew him inward.  He just couldn't get enough, thus knowing that…’I had to play music forever.’

During childhood, Ricky recalls the FM radio in the family’s living room where he found himself sitting many, many times next to it in an armchair anxiously waiting for a particular song to emit from behind the radio’s mesh cover.  ‘Standing in the rain, with his head hung low…Couldn’t get a ticket, it was a sold-out show…’ emulated from behind the meshed faceplate.  ‘I fell in love with it,’ Ricky admits.  The syncopated guitar, drum pounding rhythms, along with blistering vocals that would propel him right into the groove.  ‘He heard one guitar’…and was hooked for life.

With the completion of DISJUNTED in 2016, ASTATIC in 2017 and a string of singles for 2022, Canning is revving up to bring the music to the people.  In the end, Canning is simply a live band.  That’s where the most excitement exists for its three core members.  As for the listener, a true connection can be made by experiencing the depths and devotion found within the assault or the gentle caress of a live show.  We deem to explore our music and portray a song in its rightful place, at least for that given moment.  Through the years, it’s been noticed that many times we do not play the song, moreover, with the elasticity of time…the song will play us…

Not setting any extensive goals or resolutions, but to simply continue as a whole as we roll into the ever-present days and years ahead.  Reaching out and affecting those around us with positivity rather than negativity, including ourselves.  Experiencing the wonders of a moment and the people around us for the inspiration that they bring.  Also, hopefully stopping to appreciate, or at least slowing down in order to appreciate the beauty that can found within and all around… 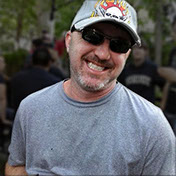 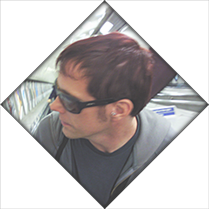 Songs that Play the Band